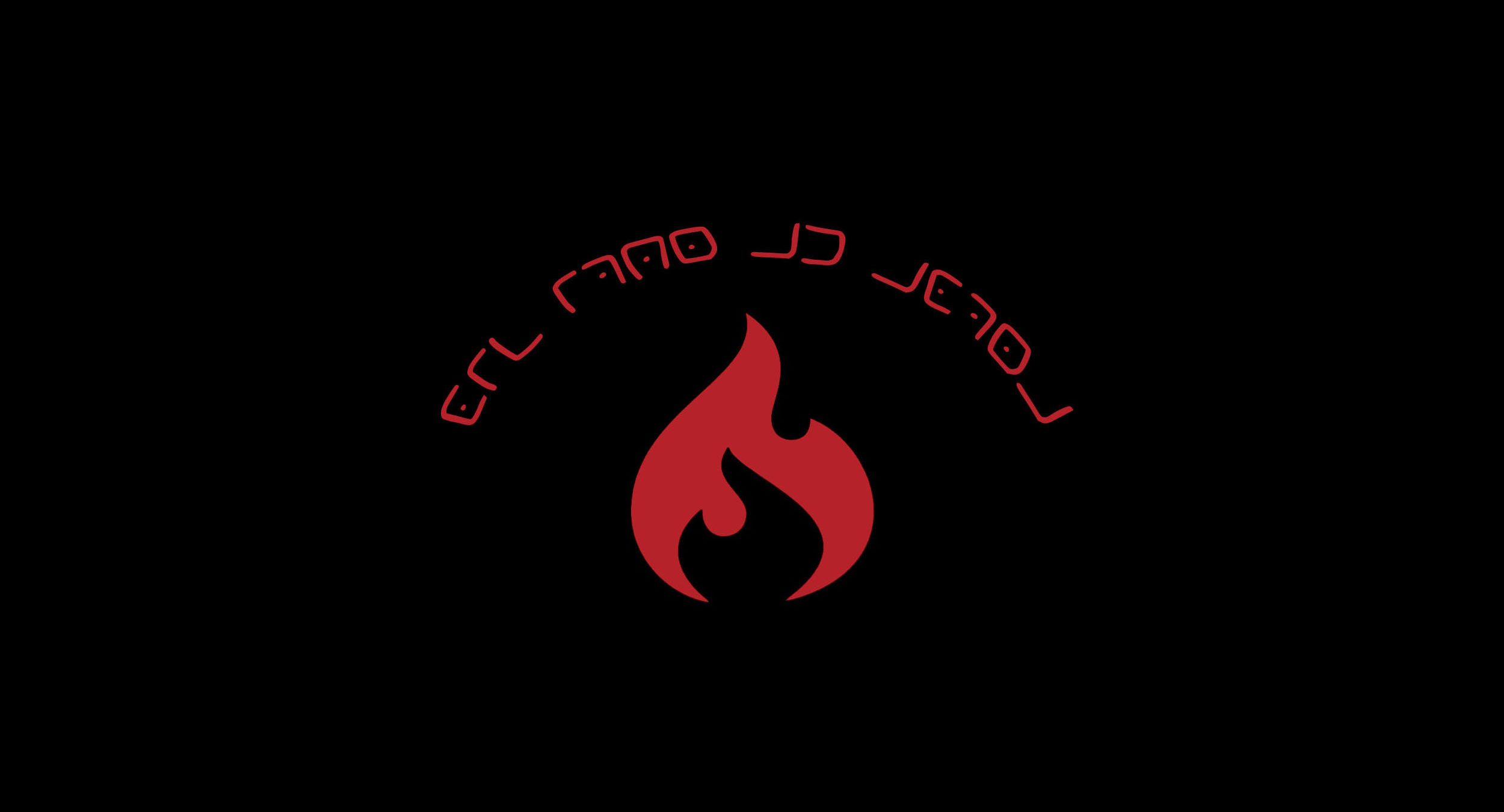 On a clear Martian morning, he opened his eyes and gazed at the red dunes around him. Almost immediately he noticed that something was off, but he couldn’t quite put his finger on it. Everything looked just like it always had when he hiked across the desert to check on some of the experiments being done by the machines placed miles away from the base. And as he surveyed his barren, alien surroundings, it hit him.

He actually felt the feeble, low pressure wind in his hair and a gentle bite from the rusty sand blowing across the desert. He wasn’t wearing a spacesuit but somehow, he could still breathe. Normally, a human standing on the surface of Mars without the proper protection from the harsh elements would quickly find all the fluids in his body evaporating, organs rupturing, skin peeling open, and other gruesome unpleasantries of dying on an alien world with little atmospheric pressure and only trace amounts of oxygen. And yet, he seemed just fine in nothing more than his uniform.

Of course, the only reason why he could breathe in a mostly frozen, alien desert was because he was already dead.

As he stood up, he saw a bizarre, eldritch structure on the distant horizon. It looked like a nefarious infestation, rising into the sky as a collection of scaly tentacles chaotically woven together, and its entrance looked like a giant, wide-open mouth. As curiosity won over instinctive trepidation, he stepped inside and cautiously made his way into a huge atrium. It was made of black marble, but not like any black marble he knew. It wasn’t cut like normal marble. It didn’t sound like marble. It didn’t feel like the marble he knew either. It simply looked like it. So, there he was, in a massive, dark structure of black alien stone, in the dark, and without the slightest idea of what to do next.

He did the only thing he could. He called out. And they came.

The domed ceiling lit up with constellations no human has ever seen before and holographic images of alien solar systems appeared all around him, illuminating the cavernous chamber. Directly across from where he stood, two immense, red, glowing eyes came into focus. Another pair lit up on his left. On his right, yet another pair of eyes flashed into existence. Very large and very menacing things were examining him. The air was charged with a heavy static of unease.

The human looked around, locking eyes with the disembodied stares directed at him. Now certain this must be a dream and whatever was behind those glowing, red pupils couldn’t harm him, he didn’t worry. The disembodied guardians of the alien planetarium said nothing as they tilted their invisible heads to thoroughly examine the astronaut.

A holographic image of an ancient world appeared in front of the human, exploding out of nowhere into a floating, three-dimensional model. The planet was dark green, pockmarked by craters and bisected by an equatorial ocean which glowed with an odd, haunting aura. Instinctively, he reached out to touch it. His fingers froze a few inches away as he glanced inquisitively at the aliens around him.

He touched the holographic planet. The hologram pulsed and displayed an alien creature shaped like a tube with twelve spiny legs, with a large, green compound eye wrapped around the middle of its torso. Before his eyes, the creature’s evolution rewound to its very beginnings as a colony of jellyfish-like organisms. From this starting point, the holographic projection shot forwards until it showed the aliens as a space faring civilization that created a vast city of towering, jagged spires of rock in an exaggerated microcosm. He saw their fluid, dark craft, their religious monuments, and finally, a war that ended their reign over the dark green world.

But there was more. The hologram showcased their wild buildings, temples, statues, and even the aliens’ outposts on other worlds. Whatever these creatures were, once upon a time they controlled an impressive swath of the Milky Way and left behind a lot of relics. These relics were interwoven with the events the disembodied guardians of the planetarium were showing him, presented throughout the holographic timeline and annotated with a multitude of pictorial hieroglyphics that were surprisingly easy to understand.

In the microcosm, the great war was over, the tube-shaped aliens disappeared, and their city had fallen into disrepair. A gloomy mist descended on what was left of their capital. The human’s first history lesson was over. He withdrew his hands from the holographic planet which froze on the last thing it projected.

“This isn’t your world,” he said to the floating eyes around him. The statement was made with authority. The human knew. He passed their test.

“No,” they replied with satisfaction, their growling voices in perfect unison.

“You are in a place that does not exist outside of your mind.”

“Because you are dead.”

“Well,” he cracked his knuckles, “as long as I’m dead, do you want to show me anything else?”

The aliens offered him a peek at the detailed mechanics of the universe’s birth, told him of sapient species which were long extinct, and showed him the many places where the knowledge of these ancient beings could still be found amid primeval ruins, how to get there, and how to find their lost works. To their pleasant surprise, the human was willing to learn and tried to keep up with the torrent of information. Better yet, the more they told him, the more fascinated he became. In short, he was perfect for what they had in mind.

The creatures made a decision that would seal their fate, jumping to complex conclusions of their own as they studied the man in front of them. The Cube, they decided, has lead us to the right place. As it was written, so shall it be again, but this time, on their terms.

As the human was about to reach out to another holographic planet that caught his eye, the planetarium and the aliens suddenly vanished, leaving a pitch-black void under his feet.

His fall was surprisingly short. With a splash, he landed in a dark cave on all fours. As he looked at his reflection in the shallow water, he saw another alien creature glaring at him. It looked like the stylized, symbolic sketch of a human face come to life. The face was identifiably human in origin, but all the complex, individual features were gone. It was like a jet-black mask, with a pair of huge, red, glowing eyes and jagged red marks on each cheek that stretched from the temples to just under the cheek bones. These marks looked like war paint on the face of an ancient soldier ready to engage the enemy.

Its hair was crystalloid and spiky. Its big eyes were formed by a complex, circular pattern of glowing, red patches that came together to look like a pupil on a translucent, black eyeball. Its nose was small and it had a very thin, seemingly lipless mouth. This odd face looked almost boyish. The flexible gel which served as its skin was shaped into a determined, firm expression.

The warped reflection looked back at the confused human with a sinister smirk and flexed its brow. Its eyes and the jagged marks on its face ignited with a bright, broiling, red glow.

As the human tried to stand up and step back, he noticed that the dark water around him began to move. Suddenly, huge hands armed with massive, shearing claws that bent and flexed like fingers, enveloped him. The last thing he saw was one of these hands wrapping itself around his face, leaving him in total darkness.

He was being pulled into a gelatinous mass under his knees, crushed by the weight of whatever was on top of him. As he felt his body go limp, the first hint of panic began to set in. It didn’t last long. After a few seconds, he blacked out…

Martian winds lashed across the desert, sending clouds of fine dust towards an impressive structure that stood in front of a cliff, flanked by two giant boulders. The structure was a series of domes standing on huge, rounded struts and connected by cylindrical walkways. Mars had strong winds, but due to its thin atmosphere, the wind wasn’t much of a consideration in the design. Instead, the base was built to keep adding to itself in the future. The biggest dome, which was the size of a small office building, was designed to comfortably house the ten astronauts who came here from Earth.

Inside this dome was an eerie silence. Some rooms were in total disarray, others were spotless. Half-written and half-read documents were displayed on computer screens. In the mess hall, plates that still had steaming food on them sat on tables. On the bridge, aside from a quiet ping indicating an incoming transmission from Earth, there was absolutely no sound or motion.

It was as if the entire crew suddenly got up in the middle of what they were doing and left the station. But the airlock was only opened once that day and out of ten spacesuits, only one was missing. On the bridge, a computer displayed that mission control was calling, but there was no one to answer…

00
the boomers are not all right: how social media obsessions are destroying families