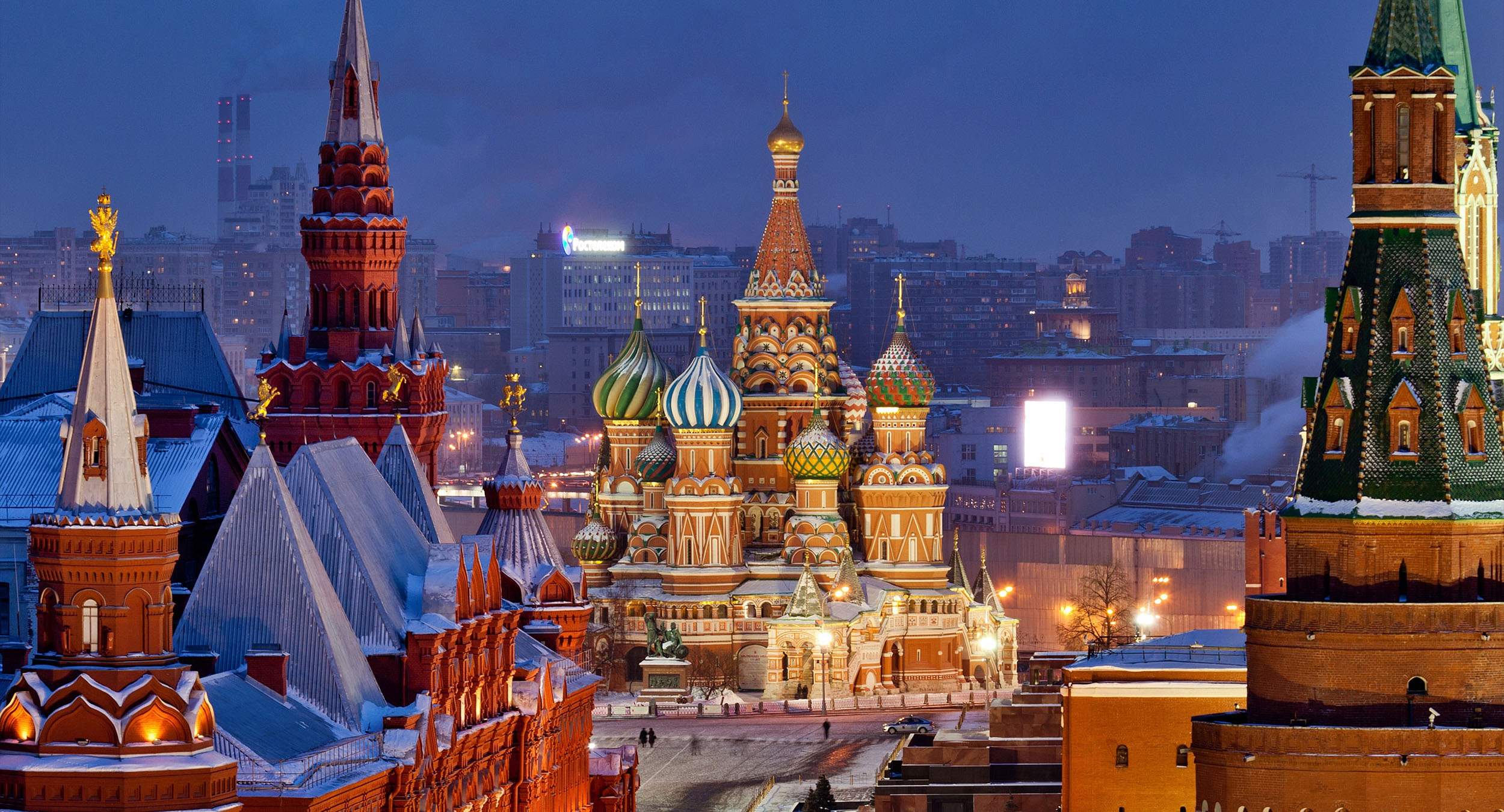 in defense of cultural appropriation

Without cultural appropriation, we wouldn't have any surviving cultures in the first place.

When I arrived in America, the very first thing I learned is how to eat with chopsticks. My family here took me to a Chinese restaurant to show me a prime example of how this country was a huge melting pot of cultures, a place where immigrants could make a contribution and capitalize on it for their family’s benefit. We brought some of the much feared in the U.S. and much vaunted in the USSR math, science, and engineering skills, and the rest kind of just worked itself out. I wasn’t shunned for my accent, my odd habits, or my periodic use of Russian idioms in English. Americans thought it was interesting to meet someone from another culture and ask questions about it without a hint of shyness.

To this day, it still charms me about Americans. Virtually everyone I ever met here wanted to know more about my native culture, not cordon me off like some sort of Patient Zero to protect the community. So imagine my very unpleasant shock when a liberal swath of the internet based on Tumblr had decided that this process of sharing in another culture was evil and racist. It turns out that when inviting people to eat Russian food and drink Ukrainian vodka while Russian pop music played in the background, as we rang in the New Year, Eastern Europe’s biggest holiday, my family was encouraging cultural appropriation, probably contributing to the Hollywood tradition of casting all Eastern Europeans in movies and on TV as criminals.

You see, bothered by actual racism towards immigrants and other cultures, but seemingly unable to tell the difference between warm, benign curiosity and xenophobia, and not really bothering to try and define where the line is, those following the Tumblr-ification of political correctness have decided to mark any possible sign of anyone even looking like they’re adopting even a tiny iota of someone else’s culture as raging 21st century colonialism. And to an immigrant like myself, this is incredibly disturbing. It’s taking the melting pot and trying to separate it into distinct ingredients. In an effort to defeat racist and supremacist attitudes, social media activists are ironically trying to advocate something disturbingly close to cultural apartheid advocated by the very white nationalists and supremacists they say they loathe.

Truly, as St. Bernard of Clairvaux once famously remarked, the road to Hell is paved with good intentions. Cultures survive by mingling with others, by being incorporated and adopted in new lands by people who respect it. Yes, we should certainly get upset when important holidays and symbols for one culture are treated with irreverence, if not outright disrespect. And when a custom is mocked solely for being different, we need to come down hard on the offenders. But if someone wants to try on traditional attire or participate in a traditional sport, or adopt something from a different cuisine into their cooking, we should be encouraging it. Without being appropriated in some respectful form, cultures die. And many of these cultures know it.

When my wife and I lived in Ohio, our part of town had a large Japanese population. Schools regularly hosted Japanese speakers, taiko drums rang out every March, and authentic Japanese restaurants were on every other corner. So when we were in Japan earlier this year, we were unfazed by the customs, food, and even attempted to utter some basic pleasantries in the language while doing a slight bow. We were encouraged to say “kanpai” as we raised glasses of our favorite nigori, and to get a kimono for our “kawaii inu” in a shop outside a temple in Asakusa because the owners loved his Instagram. And yes, if you are curious, he looks awesome in it.

We were inspired to go by many years of exposure to Japanese culture and people actively sharing it with us, and we came back with tokens of it and stories that may inspire other people to go, learn, and take their own stories back. This is how cultures sustain themselves. And this is why no one gets a stern lecture from me for buying a matryoshka, or wearing a fuzzy hat with the Soviet star as a fashion statement, or when trying to say “на здоровье!” (roughly, “to our health”) when drinking vodka. Something the culture into which I was born created is being enjoyed far outside its enclaves by others, meaning that the nesting dolls and some nicer sayings in its language will survive just a little longer now because more people know them.

I could be a snob, correct every wrong pronunciation, and gloss over some of the unsavory bits of Russian history everyone is curious to know more about. But then I would be actively discouraging people from learning new things and temper their interest to understand another culture by insisting that there’s one proper way to experience it, that certain people are simply not allowed to participate in its customs even as a learning exercise, and if they do without my blessing, they’re terrible people. But that’s exactly what the hot and bothered activists who cry “cultural appropriation” every time they come across a picture of someone enjoying a culture that’s probably not theirs by birth, do on behalf of those who didn’t ask them to and may have been actively trying to share that culture with those people. And they miss the whole point. Cultures do not appear out of nowhere. They evolve.

Let me give you an example. The Russian seal pictured above, is actually an adaptation of the Byzantine seal, the two headed eagle being the symbol of their dominion of lands in Europe and Asia. Ivan III married the niece of the last emperor of that empire, therefore, he claimed, Moscow was the Third Rome, which is why a king was called цaрь (tsar) in Russian, a derivative of caesar. This tradition lasted for 500 years, and to this day, some Russians will refer to their land this way. But by the logic of online anti-appropriation activists does this mean that the Russian royal seal and the titles for their monarchs must be disavowed, history books edited, and every instance of Roman culture in Russian history be painstakingly noted as an example of our ancestors’ misdeeds in adopting earlier cultures into their own?

And if we follow this train of thought what of Roman culture which spanned across the melting pot of civilizations they conquered and allowed to keep their customs and gods as long as they paid their taxes on time? Should every instance of an adopted culture be noted not merely to trace where the Romans have been and how their civilization evolved but with the scathing accounting of how they stole indigenous ideas? What about the ancestors of Romans and the cultures they would conquer? How far do we extend this idea? To the first modern humans in North Africa who appeared around 300,000 years ago, appropriating the genetic adaptations and proto-languages of their own ancestors? How far do we want to go and how detailed do we want to get? Of course this all gets us back to the larger point of all this.

Trying to participate in another culture to understand it better to see what it’s all about firsthand, and letting it influence you does not make you racist. Using its sacred symbols with irreverence, mocking it, and telling people it’s not for them, but for those “others,” does. If you can’t, or aren’t willing to see a difference between a Westerner in a kimono being taught how to make her way through a tea ceremony by Japanese historians, and the bucktooth yellow face of 1950s racist “comedies,” you need to extract your head from your navel to maybe do some traveling, and actually getting to know other cultures instead of pontificating on who is allowed to partake in them, and criticizing those who adopt elements of it for creative purposes. The people you are ridiculing are perpetuating that culture, and unless you found them mocking it or unfairly assailing it, you’re actually a hindrance to the very multiculturalism you say you want to promote.

01
if the aliens are here, we’re all in big trouble

03
we may be over covid, but the covid isn’t done with us

04
how the lack of gravity can scramble your brain