Scientists think they found a time capsule from Earth’s earliest days buried just under the Moon’s surface for the last 4.1 billion years. 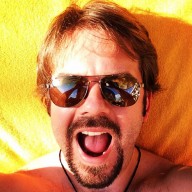 This is an interesting thought: When Apollo astronauts were busy exploring the lunar surface, it wasn’t just moon rocks that were crunching beneath their moon boots—bits of Earth were there too. But how did Earth stuff get mixed-in with moon stuff? According to a new study published in the journal Earth and Planetary Science Letters, this question may be a controversial one, but it’s not without some compelling evidence.

During the Apollo 14 moon landing in February 1971, when NASA astronauts Alan Shepard and Ed Mitchell were exploring the Fra Mauro Highlands, they scooped up some moon rocks and returned them to Earth for study. Fast-forward 48 years and an international group of researchers think that a 2 gram shard of rock in one of their scoops has terrestrial origins. That is a cool find in itself, but this particular sample is ancient, and possibly the oldest sample of Earth rock ever found, heralding from a time when the Earth was a very different place.

Between 4 and 4.6 billion years ago, our planet was a mess. Still in the process of forming, it was getting pummeled by an incessant barrage of asteroids and comets. Many parts of the Earth’s surface would have been molten, all of it would have been cratered, and none of the continents or oceans that we are familiar with today would have been present (see the image at the top of this page for an imagining of what it may have looked like). This was the Hadean epoch — named after the Greek god of the underworld, Hades — and it would have been a hellish time.

With all these impacts, large and small, it seems logical to think that a few of these impacts would have been large enough to launch a sizable quantity of debris into space. Back then, the moon orbited Earth much closer than it does now — four times closer in fact (which is a cool thought; the moon would have loomed four times larger in Hadean skies than it does now). As the moon was closer, there would have been higher odds of the terrestrial collision debris to come crashing down on the lunar surface. And this was the beginning of the epic journey of the 2 gram shard of rock that was returned to Earth and now lives in a lab.

The international team of researchers are associated with the Center for Lunar Science and Exploration, a part of NASA’s Solar System Exploration Research Virtual Institute, and they carried out a new analysis technique to search for Earth rocks in the Apollo moon samples. In one of the samples was a piece that is composed of quartz, feldspar, and zircon. These minerals are all common on Earth, but not on the lunar surface.

Their interest was piqued. Further chemical analysis of the sample revealed how the rock formed: it crystallized in an oxidized atmosphere at temperatures more akin to Earth’s at the time. Moon rock typically crystallized at much higher temperatures devoid of an oxygen-rich atmosphere. The implication is clear: this particular sample didn’t form on the moon, it formed on Hadean Earth. But its journey from the Earth to the moon and into an Apollo astronaut’s sample scoop is quite the epic story.

Through the chemical analysis on the sample, a surprising amount of detail about the hows and whens could be deduced. First, after considering the mineral components of the sample, the rock must have formed around 20 kilometers under the surface, in young Earth’s crust, approximately 4.1 billion years ago. At the time, it wasn’t uncommon for massive impacts to excavate craters thousands of kilometers wide. These impact events would have easily have reached 20 kilometers deep, blasting some Earth stuff into space.

The 2-gram sample was likely part of a bigger chunk that eventually collided with the moon, creating its own lunar crater, where it remained, in relative peace for a couple of hundred million years. Then, around 3.9 billion years ago, another lunar impact pummeled the sample, partially melting it, burying it deeper under the moon’s surface.

This sample holds this incredible record of geological history of a time when massive impacts were very common, when planets were accreting mass and life was just beginning to emerge on an embryonic Earth. After that lunar impact, the sample remained buried in moon rock for a few billion years. Then, 26 million years ago, a comparatively small meteoroid slammed into the moon to create the 340-meter wide Cone Crater. The 2-gram sample was once again kicked onto the moon’s surface where it was randomly scooped by Shepard or Mitchell in 1971.

Although it may be logical to assume that ancient rocky debris from Earth likely ended up on the moon’s surface, it’s phenomenal that a tiny piece of Hadean Earth was discovered in an Apollo 14 sample. This could be an indicator as to how common it is; Earth rock preserved for billions of years on a world with no weather or tectonic processes continually erasing signs of the geological past, helping us better understand how our planet evolved.

00
world of weird things podcast: probing the mysteries of space with the fishes

02
what is a planet anyway? astronomers campaign to avenge pluto

03
will we really eat each other to survive in space?

05
how to quantum entangle a tardigrade for viral headlines