in an ironic twist, ocean worlds could be hostile to life

Water usually means life. But could too much water snuff out life before it has a chance to evolve? 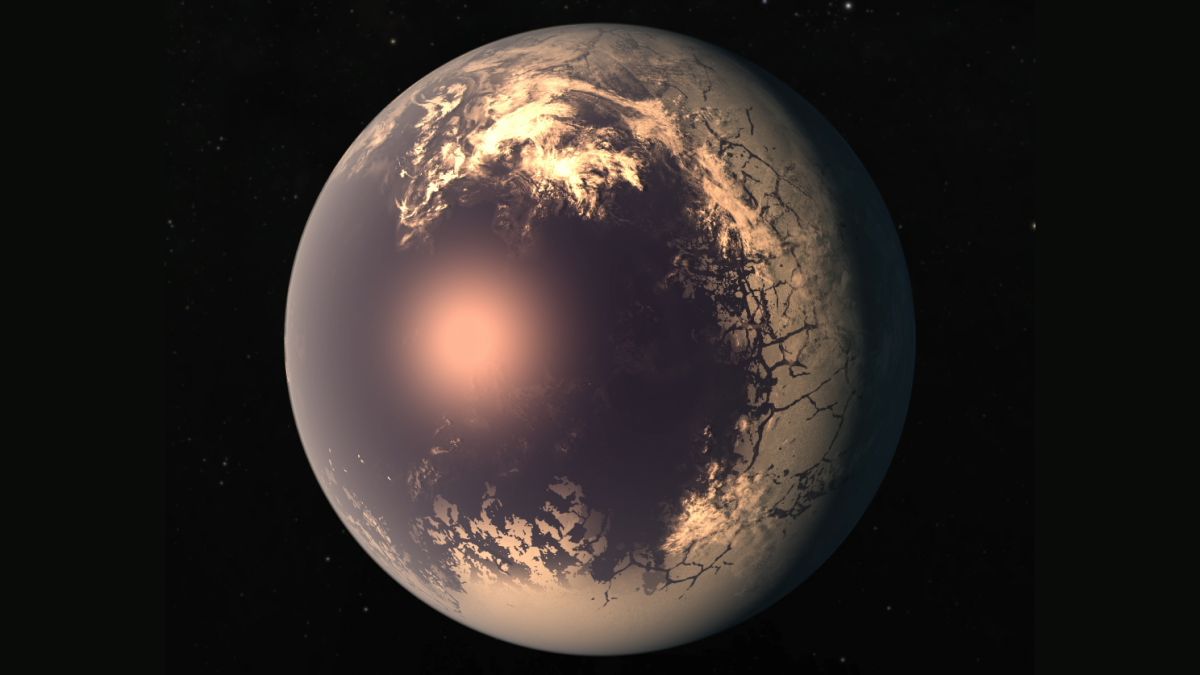 When it comes to looking for life, the general rule is to look for water, or at least a fluid that can behave like water in living cells. Being a solvent, it’s perfect for facilitating chemical reactions necessary for anything we could define as alive, so the rule makes perfect sense for Earth and planets like it. Enter worlds floating in the habitable zones of other stars we think may have a whole lot of water on their surfaces. At first glance, they seem like perfect candidates for alien life and future human exploration, but new studies suggest that these ocean worlds might be biologically dead because they’re also geologically inert for one very simple reason: the mass of all the water on the planets’ crusts.

You probably already know that pressures at the bottom of the ocean’s deepest trenches is up to a thousand times more than at sea level. Now imagine an ocean in which the lowest point on Earth at 10.9 kilometers below the waves, was just a fraction of the way down, an ocean that’s 60, or 80, or 100 kilometers deep. Under those conditions, water begins to create exotic forms of matter like Ice VII, turning the lowest layers of the seas into what is effectively a solid mass. With sextillions of tons bearing down on the crust and mantle, volcanoes and volcanic fissures couldn’t form, meaning that nutrient exchanges that powered early life on Earth couldn’t exist, greatly limiting the potential for alien organisms.

Incidentally, this is the same problem that worries scientists about the habitability of Jupiter’s watery moons just scaled up to exoplanets. No nutrient rich volcanic vents crawling with simple bacteria, no tectonic movement, just a layer of sterile, salty water sloshing around on top of a crystalline solid tens of kilometers thick, means no evolutionary backup strategy for anything that manages to emerge. Likewise, worlds with oceans that deep are very unlikely to have any islands, much less continents, since any aspiring mountain range or volcanic peak would have the weight of a large moon crushing them for billions of years. This means life would have no energy or place to arise.

At this point, you may be wondering whether we should worry about this scenario or if it’s just a hypothetical. Well, the question came up after studying the composition of numerous planets discovered by astronomers, especially ones orbiting a star called TRAPPIST-1. Based on the data collected as they partially blocked the light from their stars, water accounts for up to 5% of their mass compared to roughly 0.02% of Earth’s. That’s more than enough to create the kinds of incredibly deep ocean worlds we just discussed, and the worlds of TRAPPIST-1 are far from the only planets with similar water compositions. If anything, they just provided more stats for ongoing research.

Given what we’re starting to figure out, it seems as if the universe has a weird sense of humor. We looked for lush ocean worlds around alien suns hoping for plentiful extraterrestrial life and found planets being literally crushed into sterility by the very oceans on which we pinned many of our hopes. And if this cosmic instance of having way too much of a good thing leading to a global ecological disaster isn’t yet another example of 2020 being 2020, I really don’t know what is.

04
the great blackpilling: why millions are surrendering to the worst of humanity