how to quantum entangle a tardigrade for viral headlines

Websites were abuzz about quantum entangled tardigrades, making readers wonder what exactly does that mean and why you would do it.

Tardigrades are the seemingly indestructible darlings of extremophile research. Able to survive massive bursts of radiation, extreme temperatures, and even the vacuum of space, these tiny creatures roughly the size of a speck of dust are being used for more and more exotic studies, the latest of which claimed to have integrated them into a microscopic quantum computer with no ill effects. (Well, at least for one tardigrade.) All this sounds very impressive, but it left plenty of popular science fans puzzled as to what any of this technobabble means, or what the point of the experiment actually was. In fact, it’s entirely possible that the biggest accomplishment of all this was the headline.

Now, this is a lot to unpack, so why don’t we start with why tardigrades seem to survive pretty much anything we can throw at them? First, their genes keep backups of their healthy state so radiation damage can be repaired in much the same way we deal with damaged or corrupted files on our computers, by replacing them with the last known valid version. Secondly, their cells respond to extreme stress by crystallization, shielding their internal mechanisms from heat and frost. Finally, they can hibernate under duress, and not like most other creatures. Rather than just slow their metabolism to a minimum for extended periods of time, they enter “tun,” a state that can only be described as suspended animation.

With all these abilities combined, you could theoretically cool tardigrades down to absolute zero and expect to revive them by thawing them out at what we’d call room temperature with minimal adverse effects. So, a team of scientists from Singapore and the UK did just that, or at least as much as we can realistically cool something larger than atoms and molecules down to absolute zero. But a funny thing happens when things get so cold on such tiny scales and are put very close together, as in nanometers close together. All those very cold, very small things will start to interact with each other on a subatomic level and you lose the ability to pinpoint where one of those things ends and the others begin.

so, where does quantum entanglement come in?

Your descriptions of their properties and position now have to rely on statistics and probability, the elements isolated into something known as wave packets. Even weirder, when one wave packet is disturbed, the rest of them instantly react, and when we say instantly, we mean exactly that, breaking the speed of light in the process. Since we can’t accurately describe the position and movement of each element in the system, they’ve become quantum particles. And since they now behave like one system instantly reacting to changes in any of its components, they’re entangled. This is what scientists mean when they use the term quantum entanglement, and cooling things to near absolute zero in very tight quarters is one way to accomplish this.

Enter the tardigrades. When one was cooled to near absolute zero, it went into tun and started to exhibit the same properties as the particles around them, creating that entangled state. By then placing it into a quantum system, they were able to create two qubits, the elemental parts of a quantum computer in which particles aren’t just on or off like in a digital system, but also both on and off or neither at the same time until they’re measured in action. So, in other words, the tardigrade was part of a computational circuit and could have been used to solve problems relevant for pattern recognition and cryptography. After a bit over two weeks, or 420 hours, the tardigrade was successfully thawed.

So, big deal, right? Well, no, not really. If the entire tardigrade itself was truly part of a quantum system, it would mean we could use larger objects to build quantum computers and make them easier to control and far more stable. But the problem is that tardigrades are made of trillions of their own atoms. Remember all that uncertainty about the position and movement of particles in quantum systems we talked about just a little while ago? Well, they also apply to the tardigrade. It’s entirely possible that the qubits were interacting with particles inside of the animal, or that it only introduced well understood electromagnetic forces into the system because none of what the experiment recorded was in any way unexpected or new.

what does it mean to be alive in a quantum state?

And there’s another fundamental problem. Tardigrades in suspended animation may or may not be living as we know it. At nearly absolute zero, a lot of biological processes we associate with life are downright impossible since it’s too cold for the necessary chemical reactions to happen. This means the claim that a living thing was used in a quantum computer is also suspect since something much more complicated than our definitions of living allow, is taking place. Before we make any sweeping pronouncements of what happened in a system that’s uncertain and weird by design, we need to understand a lot more about those processes and how they interact, and in this experiment, the researchers barely scraped the surface of their own setup.

So, to recap, a very, very cold tardigrade was put into a quantum circuit, normal quantum stuff happened — or at least as normal as one can expect in a quantum system — and the tardigrade was thawed back to life with seemingly no ill effects. Apart from the unusual component in this setup, we haven’t really learned or observed anything, just confirmed that tardigrades are very tough little beasts and can survive the rigors one would expect to find in deep space, which we already knew because we’ve sent them into orbit and even accidentally flew them to the Moon with the critters being no worse for wear. For every other claim made by the paper, well, there’s insufficient data and evidence.

But if the study was so inconclusive and vague, didn’t pass peer review, and got hammered by critical tweets and blog posts from scientists, how did it end up in so many pop sci sites? Two reasons. One: it had the words quantum and tardigrade, and those words get people to click on the link more often than not. Two: outlets are judged by how many views and clicks they bring in, so even if they’re covering a low quality preprint that’s yet to be reviewed by experts but it sounds cool and draws people in, having to lay out caveats in the second half of the article, when most visitors have long stopped reading, is more than worth it to the sites’ owners. It’s a terrible way to do both science and journalism, but that’s exactly what happened here.

00
world of weird things podcast: probing the mysteries of space with the fishes

02
what is a planet anyway? astronomers campaign to avenge pluto

03
will we really eat each other to survive in space? 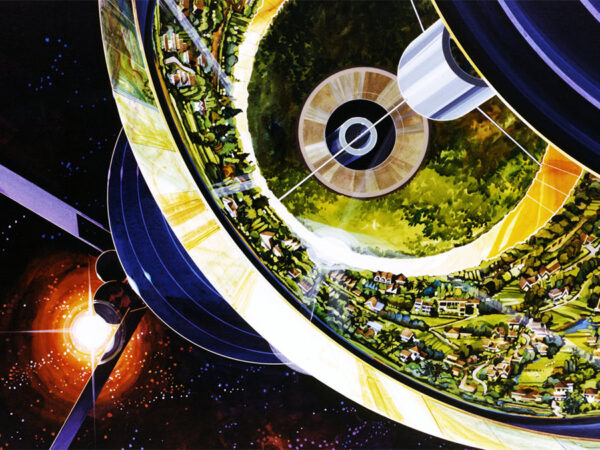 05
world of weird things podcast: why crewed spaceflight is here to stay